December 19, 2011
Because we don't have cable, I'm often disconnected from many dominant advertising streams. Which means I often miss gems (in the sense that they're such good fodder for D&O) like Sprite's most recent advertising campaign, which asks "What's in a Sprite?" and proclaims "It's perfectly clear."

I recently came across a box of Sprite cans in my office kitchen, and thought this absorption of Pollan-style thinking by this enormous soda manufacturer (owned by Coca-Cola) was fascinating. Sprite is making use of the recent, Michael Pollan-inspired cultural discussion about ingredients and the rule of thumb now known as "The 5-Ingredient Rule" (try googling it, you'll get millions of hits).

Below the slogan, the box read "Sometimes ingredients can be confusing. The simple ingredients, no caffeine and natural flavors in Sprite are easy to understand. So you can feel good about the choice you've made for your family." 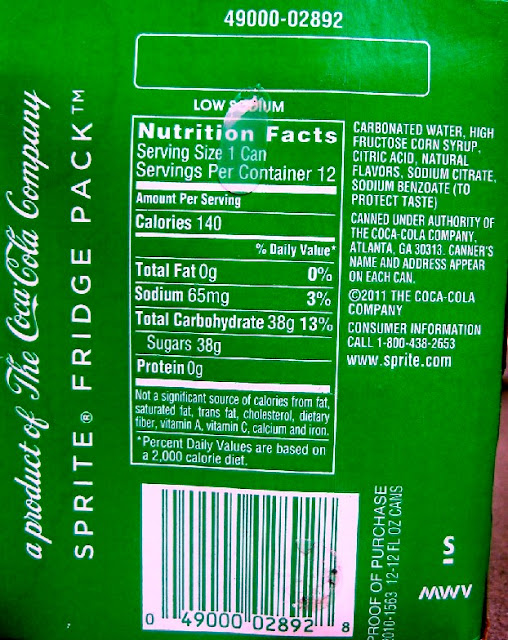 Well, here are a few things:

--
Did you know all this? How "clear" are Sprite's ingredients, after all?

What are other examples you all know of of these sorts of processed foods that have co-opted this language of simplicity, few-ingredients, etc?