September 30, 2011
Last spring, I wrote several times about the Global Food for Thought Meal Series that I organized for the GreenHouse environmental learning community. Check out the following posts from the archives to catch up:
I'm continuing with the Series this year, and we have a great line-up: Hmong, Afro-Caribbean, a new and improved Global Vegetarian, West African, and more!

The first meal featured a focus on Hmong cuisine and food culture, with a fascinating presentation by a Hmong student from the UW, who introduced the student audience members to a range of stories and facts about Hmong people. 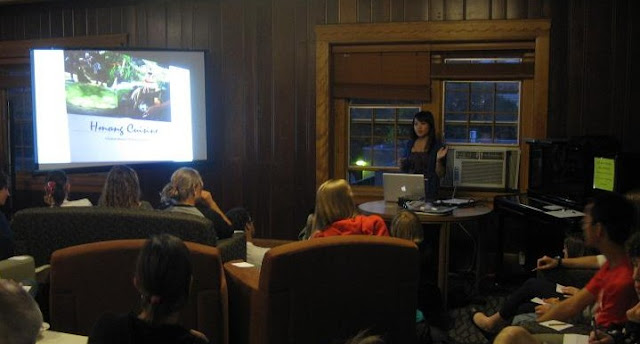 Most of the knowledge I have about Hmong culture comes from a book and a film that I highly recommend:
So, although I entered this meal with some knowledge about Hmong history and understandings of health, I knew little about the food.


We ate a soup of plain, pureed squash, taub hau. This was a quintessential Hmong dish--unseasoned and very simple: 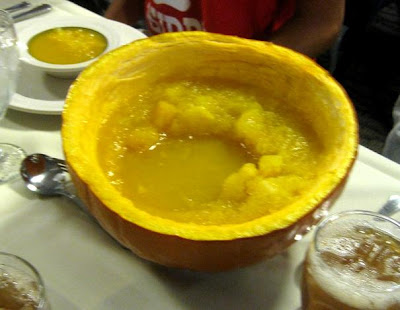 But we also ate Pad Kaprao Gai (Stir-Fried Chicken with Thai Basil), and a vegetarian version of it, that were more traditionally Thai dishes, but have become adopted by Hmong cuisine, as the two Southeast Asian cultures have come under each other's influence: 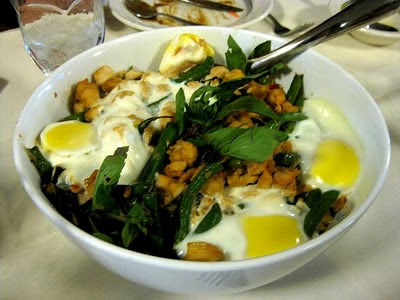 And for dessert, we had the Nab Vam, or the Tri-Color Dessert of Tapioca Pearls. This Hmong dish is also eaten in Thailand, Laos, Vietnam, and elsewhere, and combines the classic Southeast Asian tapioca with the Western green Jell-O: 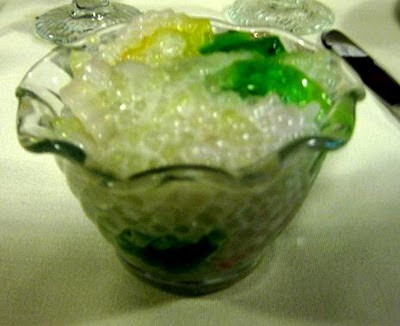 Food can show us how cultures have come together and shaped one another, through colonization and mutual influence alike.