BPA in the news

September 29, 2011
I spend a lot of time thinking about canned food in the historical sense, so when I see it in present-day news, I find it pretty darn exciting.

The latest issue that has brought canned food into the spotlight--and one that I will likely discuss in the final chapter/epilogue of my dissertation--is Bisphenol-A, or BPA, an endocrine disruptor present in many plastics that has negative impacts on human health. Almost all cans are lined with plastic, to create a better seal and to keep the metal taste from leaching into foods. Unfortunately, what's leaking into the foods instead is BPA from the plastic lining.

When I was at the doctor's office recently, I noticed a poster prominently hanging in the middle of the exam room, which alerted patients to the types of plastics to avoid (those with numbers 3, 6, and 7) because of BPA. It was mostly directed at women who were pregnant, breastfeeding, or feeding small children; and it explicitly suggested that they avoid canned foods. 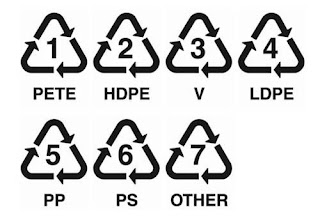 So, when this headline popped up the other day over at Grist, "Did a government study just prove that BPA is safe?", I was immediately interested.  This article reviews a recent study by the Department of Energy, the Centers for Disease Control and Prevention, and the National Center for Toxicological Research [that is, major government agencies] which basically found that "BPA poses no risk whatsoever."

Of course, as the Grist article does a great job of pointing out, there are many flaws with this study, and it is just one single study that is opposed to all the contrary findings of at least a hundred other studies.

But what I find so interesting is the complex relationship among government, science, and industry that is so clear in this study, as well as in all of the work I do on canned food in the early twentieth century. So many questions emerge:

All of this is fascinating to me, and I hope to think through these questions more deeply, and to compare their answers to the answers one would find from an earlier era, in order to understand how this complex relationship among government, science, and industry has changed (or not) over the course of the twentieth century.
BPA Dissertation