And though it left me with sore armpits , it also lifted my spirits and left me with this overwhelming sense of hope in the power of community and what can happen when people band together.

This was the scene for all that hope-making, a small organic farm in Brodhead, WI called Scotch Hill Farm: 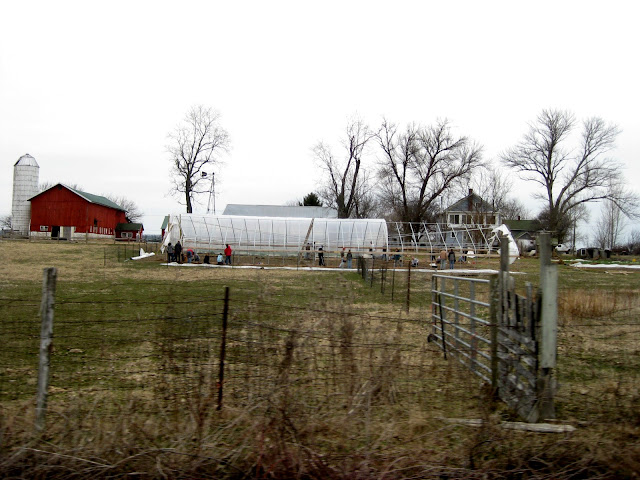 And this was the house that we raised and moved: 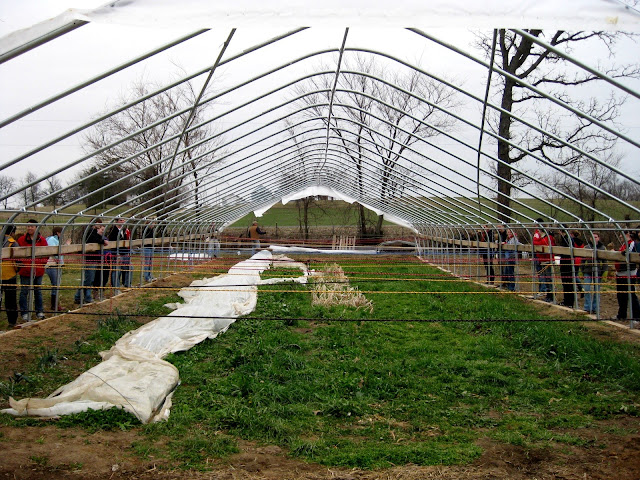 It was a greenhouse, or hoophouse, used by many farmers to extend the growing season by providing a warmer place for plants to grow. What you see above is just the frame of the hoophouse, withe the plastic covering removed.  The whole thing is 96 feet long, 30 feet wide and 12 feet high, and initially took two months to construct with help from 30 people.

Tony and Dela Ends, the Scotch Hill farmers, had erected this hoophouse less than a year ago, and all was well. Or so it seemed until recently, when they were contacted by a local building inspector who said the greenhouse was too close to the nearby road and that it had to be moved by April 1 or the Ends would be charged $50/day.

There is good reason to think that this call for moving the greenhouse comes in response to Tony's activism against a nearby CAFO (or confined animal feeding operation), Larson Acres, a huge dairy which is polluting the water in the municipality (in addition to perpetuating all the other horrors of the factory farm). Here's a photo of Larson Acres on our way out of town, looking less scary than if we were able to see inside: 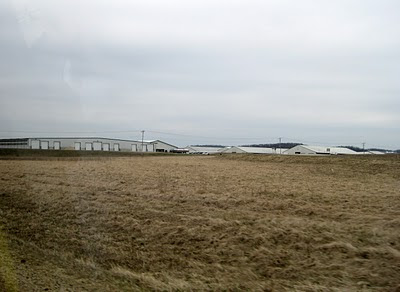 So, in order to keep Scotch Hill from having to pay these fines, a group that I've recently become part of, Farm Mobbing Wisconsin, had to round up 50 people to head to the farm all at once to lift this greenhouse and move it farther away from the road. Until the last few hours before the event, we were scrambling to gather enough people to make the move possible. But then, people swarmed in from all sides, bringing their enthusiasm and strength and modes of transportation. It was awesome, and I was so grateful to our friends who showed up to make this happen.

While we were at the farm helping out, we got to see some chickens and some dogs (and there were also sheep and baby goats and ducks!): 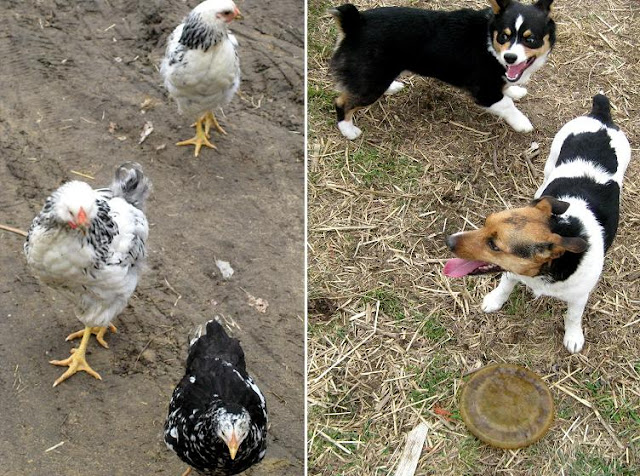 Got to do some smiling for the camera: 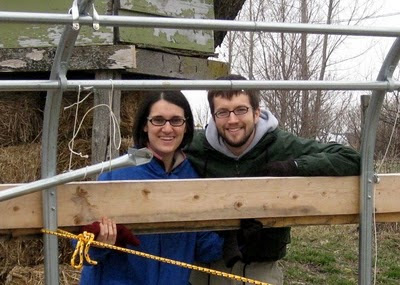 And then got to wrestle with the poles and stakes in the ground to fit the structure onto its foundation once we had moved it to its new location:

The sense of teamwork and good will that pervaded the day could be felt on all sides, reminding us why it's important to support people who embody our values (by buying our food from small organic farms like this one) and how much can be learned about community-building by simply jumping in to lend a hand where one is needed.
GreenHouse Local Business Solidarity