March 16, 2011
If there's anything I've learned as a new-ish member of the H.* family's younger generation**  is that burritos are delicious.

And so I decided to convey this knowledge to the residents of the GreenHouse in the first of a series of Make-Your-Own-Meal nights that will be taking place this semester.

The full line-up looks something like this: MYO-Burritos (I'm coining a new term--let's see if it sticks), MYO-Winter-Vegetable-Dishes, MYO-Pizza, MYO-Sushi, MYO-Quiche. I'm planning on reporting back here on how all of them go.

So, for burritos, I tried to cater the ingredients as much to a winter diet as possible, choosing jarred salsas in favor of "fresh" tomatoes, thinly shredded cabbage (in the form of Mexican slaw) in favor of lettuce, and so on.

Here I am mixing up the cabbage and grated carrot and lemon juice and salt to make the slaw: 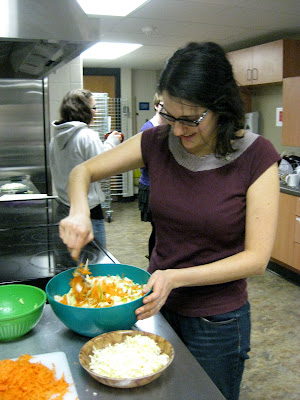 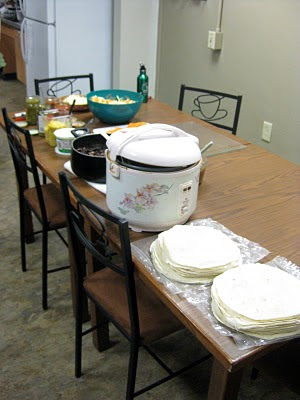 And the best part, eating!

*My husband's family
** But now no longer the youngest generation, all because of this adorable guy: 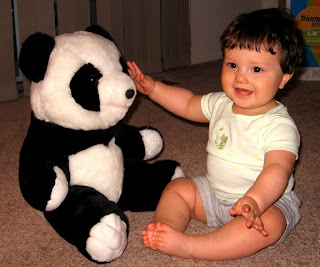