October 13, 2011
I know I've mentioned the Green Owl, Madison's only vegetarian restaurant, on D&O before, but I figured it was about time for a good old-fashioned review.

This last time we headed out there, it was a warm enough day that we were able to sit outside, in their nice outdoor patio, with bird-filled trees nearby. It was lovely, even though I do enjoy their modern and colorful interior decor, with bright green design-y walls, cool lampshades, and cute owl images galore.

We began with an appetizer special, of potstickers in a spicy red sauce. The potstickers were only lightly fried, so they had a nice soft wrapping, with greens inside. These were tasty, but a little on the salty side. 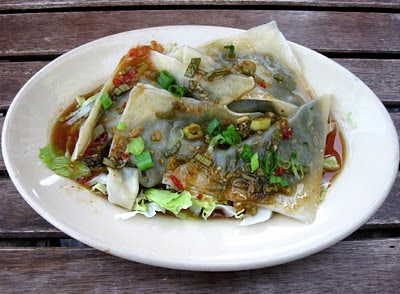 For our entrees, we shared two dishes: the BBQ jackfuit sandwich (that we had in slider form at a Global Food for Thought Meal last semester) and the empanadas picadillo. The former is described on the menu as "the young jackfruit stands in for pulled pork, simmered in our BBQ sauce. Served with a layer of dill pickle slices and topped with a creamy vegan slaw on a ciabatta roll," and the latter, "two puff pastries filled with a mixture of soy beef, tomatoes, raisins, green olives, jalapeño and cilantro, served with sour cream. Comes with beans and rice with our smoky Green Owl sauce." They were both solid entrees, the sandwich rich and smoky, the empanadas flavorful. 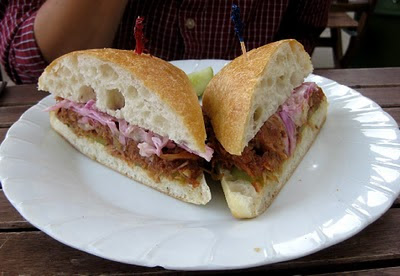 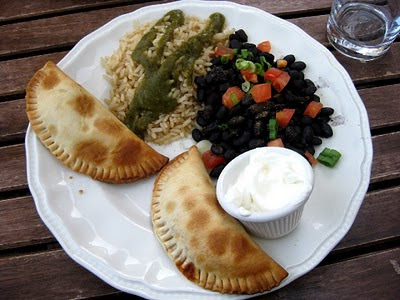 And for dessert, we had the molten chocolate lava cake, which was definitely the best part of our meal. This lava cake is vegan, but so rich and savory that the fiendiest of chocolate fiends would be satisfied. I'm consistently impressed by the vegan desserts that the Green Owl serves up. 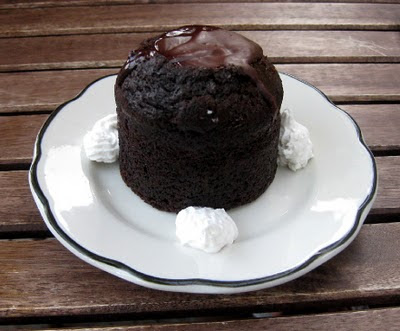 Overall, I'd say that I'm a big fan of the Green Owl, even though most of this devotion just comes from the fact that it is an all vegetarian restaurant where I can eat anything on the menu. I love the sense of possibility that comes with that. As far as the food goes, it's consistently good, sometimes great, but rarely knock-your-sock-off. The main detraction is that I can--and do--make many dishes of the same sort and quality at home, so it's rarely a revelation in terms of taste or preparation.

But sometimes having someone else cook the kind of food I'd make at home instead of me is kind of nice.
Madison Restaurants