August 18, 2011
Although I've mentioned it a time or two, as one of my favorite parts of Madison summers F. H. King's Harvest Handouts deserves its own post.

I first discovered this joyous program in the summer of 2008, when I was hurriedly walking through the Library Mall on campus, on my way to teach a summer class, hungry and grumpy. But then, right there before my eyes, was a table full of beautiful vegetables with a sign that read "Free!" Free? I said. How could this be?  I didn't stop long to ask questions that time around, but grabbed a few carrots and cucumbers and went joyfully along my way, munching and chomping, happier than a bunny in springtime. 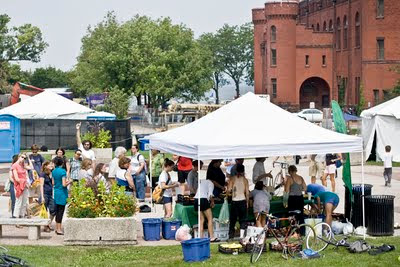 image from admissions.wisc.edu
Over the last few years, I've gotten to learn what this was all about, and to enjoy the fruits of F. H. King's labor every Friday, all summer long, from 1-3 (previously in Library Mall, this summer in East Campus Mall). 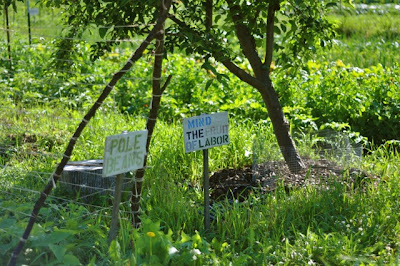 The F. H. King Student Farm, named after a Wisconsin agricultural scientist of the late nineteenth century, is a fully student-run, two-acre farm on the west side of campus, in the Eagle Heights Community Gardens. They use organic practices and give much of the produce they grow back to the student body. (Eek! I just realized that I wrote up almost this same description of FHK in my blog post about their Spring Kickoff earlier this year. But now that I've written all this, I'll leave it as is...)


So, every Friday, some cool garden intern or volunteer loads up the back of a bike trailer with crates of fresh, local produce and bikes it into main campus, to hand out to eager students and community members! 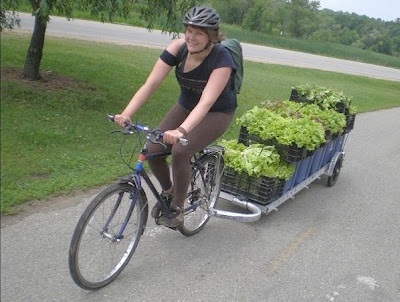 Last week, there were the first of the season's tomatoes, plus cucumbers, swiss chard out the wazoo, three different kinds of hot peppers, kale, collards, basil and other herbs, carrots, potatoes, zucchini, squash, and probably lots more that I'm now forgetting. Who knows what will be there this week?! 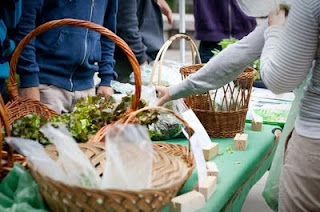 image from admissions.wisc.edu
Can you believe all this goodness?  Man, I love Madison.