August 19, 2011
I had never even really heard of "dilly beans" before I came to Madison, but the sour little green beans now seem to pop up all over the place.

So, when my old friend NB--who was visiting from out of town (and whose birthday is today!)--and I saw piles of green beans at the farmer's market, we felt the call of the canned dilly bean. We picked up four pounds of beans, along with a couple bunches of flowering dill heads. 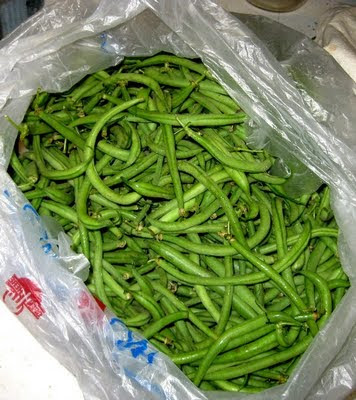 As with my previous canning adventures, we followed the directions for dilled beans from the National Center for Home Food Preservation: see them here.
We made pickling liquid from salt, vinegar, water, and hot pepper flakes, saving the beautiful pickling spice pictured below for the cucumber pickles we made later in the day. 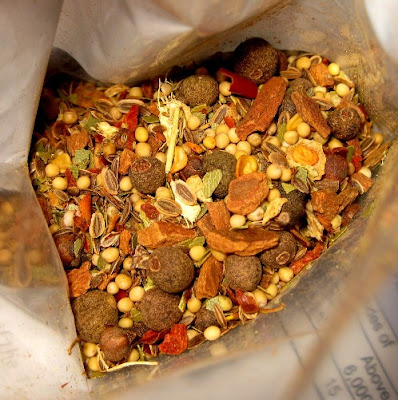 After sterilizing the jars, we put two dill heads and a couple cloves of garlic in each of the hot jars: 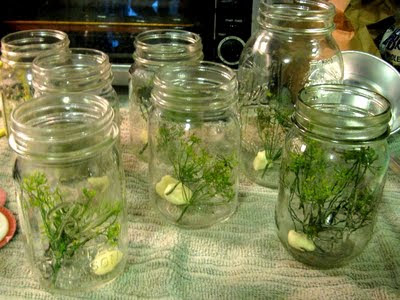 And then packed in the washed and trimmed green beans. We found it much easier to get the beans in the jars in an upright fashion when we laid the jars on their sides. Though, as you can see in the photo, we weren't always that careful about keeping the beans upright: 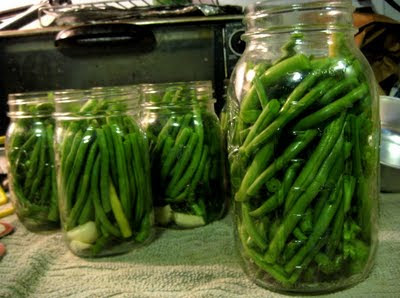 And then after just five minutes of processing (for each pint), we had dilly beans! 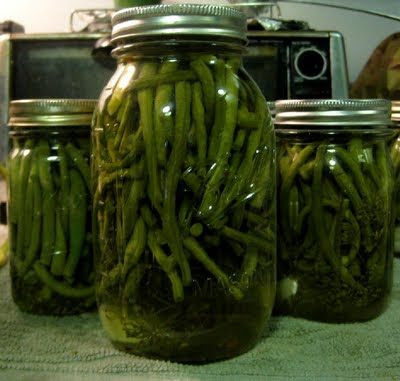 On the whole, it's a super simple process, with the washing and trimming of the fresh beans being the most time-consuming part of the job.