In addition to the protest-fueling food that's been coming from us, Ian's Pizza, and my department, some of it has also been coming from the unions themselves.  The Northeast Wisconsin Building and Construction Trades Council put on a free cookout for anyone who happened to be walking by the capitol at the end of last week. 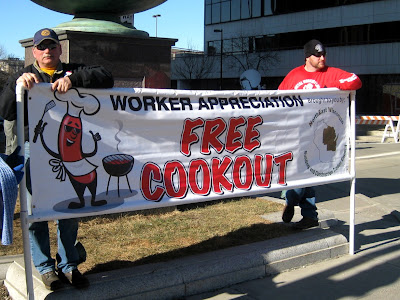 You could just stop on by and pick up a hot dog, fresh off the grill. A union worker would even squeeze the mustard and ketchup on for you! 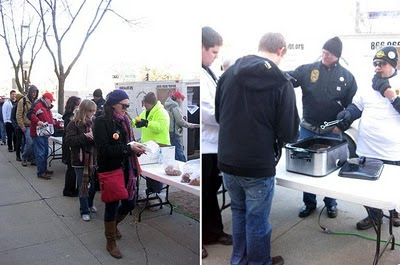 And, perhaps the cutest part of all, there were bags of homemade Chex mix out as well! 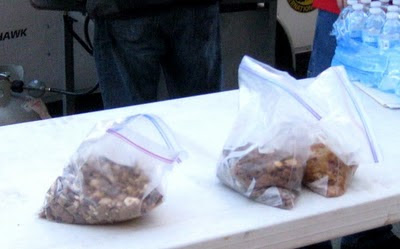 Now, I usually am not one to encourage people to eat processed foods that were (probably) made from factory-farmed animals, but the joy of this show of solidarity was enough to win over even the "food snob"* in me.  Although I did think about how funny (read: awful) it would be to go up and ask if they had a vegetarian option, by chance. Or maybe some organic, free-range turkey hot dogs? Perhaps some Grey Poupon to go with them?


Remember that amazingly pretentious ad?
Yeah, I'm not sure The Northeast Wisconsin Building and Construction Trades Council would've taken so kindly to any corresponding Rolls-Roycery on my part.

Instead, we just celebrated them for their support and generosity!

* In quotation marks because I disagree with the use of this term in reference to myself, something I'd like to discuss in a future blog post.
Solidarity