January 09, 2012
New Year's Eve saw us going bowling and to an all-night diner in Georgia, where we were visiting my parents.

The diner was called Marietta Diner, and from the Yelp reviews, it seems to be real icon of this north Atlanta suburb.

It was packed on New Year's Eve when we arrived, around 12:30 AM, with people in all their holiday finery. We were greeted at the front door by a cheerful, rotund man in a suit, and also by huge displays cases of cakes like these: 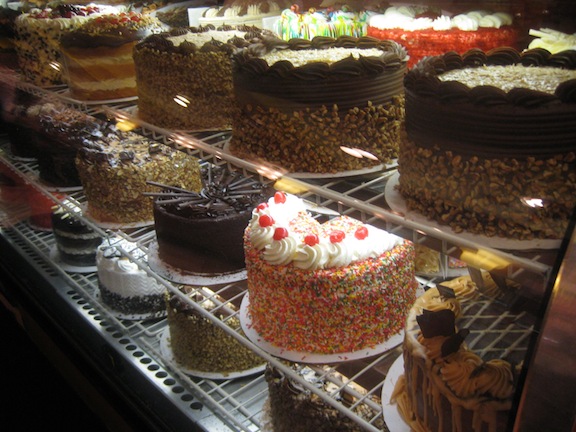 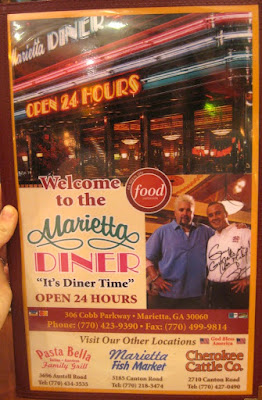 And the place was so bright! All the lights and decorations and cheerful waiters kept us smiling and awake despite the late hour. 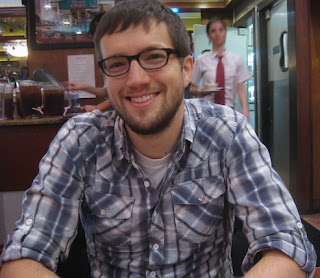 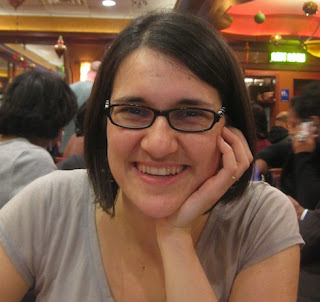 After much debate (and because we'd already gotten loaded fries with cheese sauce and jalapenos at the bowling alley), we settled on just splitting a slice of the Seven Sins Chocolate Cake, which was both sinful and with at least seven layers of dark chocolate and milk chocolate, white chocolate and chocolate mousse. 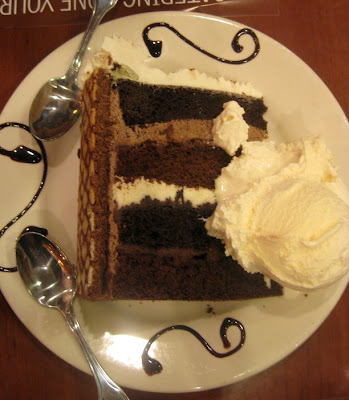 We really enjoyed all this festive diner spirit, and kept wondering why it is that Madison doesn't have an all-night diner, or at least not one with any local character. (Or am I wrong about this and there is a diner I haven't yet stumbled across?) Doesn't it seem that such a place would go over SO well in Madison, with such a large college, up-at-night population? All-night diners were staples in lots of the places we've lived--St. Louis, Stillwater, OK, and others--and so we long for that little bit of late-night experience.

Here is my call for a Madison 24-Hour Diner. Who will follow up on it?
Madison