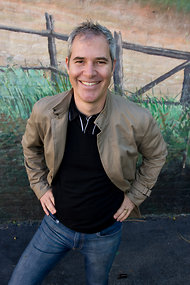 Earlier this year, the then-Executive Director of Slow Food USA, Josh Viertel, left the organization. The cause of his departure, at least in part, was a divide in the Slow Food community about what the primary goals of the organization should be. Because Viertel had been emphasizing the social justice elements of the food movement, some traditionalists within Slow Food thought he was turning away from the organization's roots, from its original emphasis on the aesthetic pleasures of good food.

As Viertel wrote in a January 2012 Atlantic article, "The Soul of Slow Food":


This shift has prompted some important and difficult conversations. Lately it has bubbled over into controversy. Some people worry we are turning our backs on our roots. Some people say we are being more faithful to them. There are real, difficult questions at hand. What does it mean to promote paying the real cost of food while also promoting social justice and access? Is asking people to pay more for food elitist? Is exploring affordability an affront to farmers? Can you both fight for the farmer and fight for the eater, or do farmers and eaters have competing agendas? Can we fight for serious change without abandoning our commitment to the simple pleasure of a shared meal? What changes will we seek to make and who will we fight for? Access vs, food traditions and biodiversity. Farmers vs. eaters. Rural vs. urban. Youth vs. elders.


Now, in hiring Richard McCarthy, Slow Food USA hopes to appease its constituents on both sides of the controversy. In a New York Times interview, McCarthy seems to take an intentionally balanced, and somewhat non-committal, approach:


During my tenure, will Slow Food USA be where both leaders as well as vulnerable families come home to Slow Food for nourishing ideas and comfort? I have been asking myself those same questions. I have a great deal to learn as I step out from beneath the umbrella of the farmers’ markets into the wider food conversations. I will approach this larger venue with the same instincts that have served me well in the rough-and-tumble place where commerce meets community at markets: listen and build trust . . . I hope we can cultivate leaders who listen, who build bridges and who possess the skills to creatively address the conditions that prevent our food system from providing decent livelihoods for farmers, food access for all consumers and the cultural assets that define a sense of place for communities.

I, for one, am hoping that McCarthy continues the emphasis on food justice that Viertel promoted. I hope he recognizes that a food movement that leaves behind a large portion of American citizens, that does not address structural issues, is a food movement that will ultimately fail to make lasting change.
Politics Slow Food