February 13, 2012
The 2012 Global Meal season at the UW GreenHouse started out in style, with an Arctic Feast!

Our close friends Andrew and Ariana curated a feast of "caribou" stew (actually made with venison because of caribou sourcing issues) and white fish with cranberries: 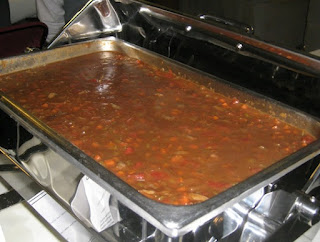 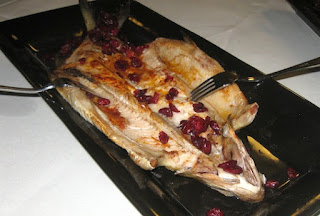 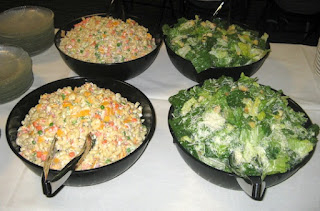 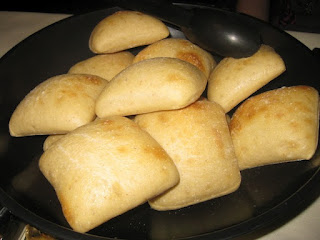 And an English trifle(ish) dessert! 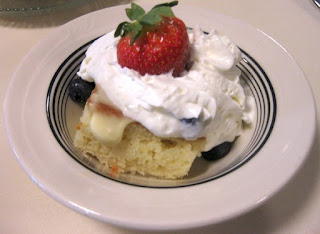 And what made the Ariana and Andrew qualified to present this feast with the eager students was the two years they spent living in Inuvik, in the Northwest Territories of Canada, on the very northern-most tip of North America, just 50 miles south of the Arctic Sea.

With a backdrop of evocative photos, the As wove beautiful and intricate tales of their time in Inuvik, sharing with the students stories of how the community finds food (hunting, trapping, gathering, growing, sharing, buying), of their travels to the north, of the ethnic makeup of their town, of their night sleeping in a hand-made snow cave in dangerously frigid temperatures, and of enduring months with no daylight and months with no nightfall. 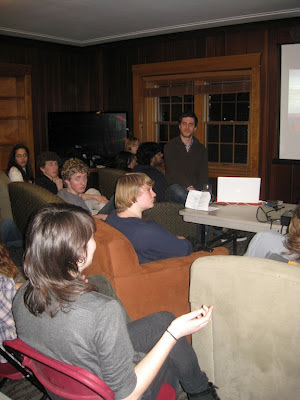 They also brought beautiful objects of show and tell, to display the different ends to which animals killed for meat are put--hats and slippers and mittens and boots made of seal and beaver and caribou and squirrel.  Ariana even learned from some of the village elders how to sew animal hides using sinew (animal tendons), and showed off some of the slippers she had sewn herself. 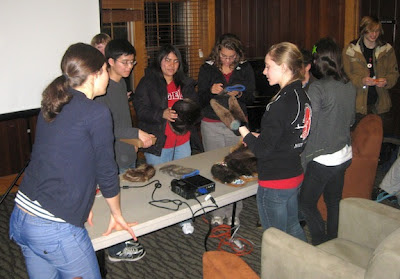 The whole night was awesome and eye-opening. So many of the residents commented on how fascinating it was to learn about this place that no one ever talks about, and to have a sense of this small community whose world is so shaped by the harsh environment and deep historical roots.

Global Food for Thought at its finest!
Global Meal GreenHouse