January 30, 2011
Last time, I wrote about the sense of community that Madison's Restaurant Week builds among those who love food in this fair city. But a trip to Sardine or any other restaurant like it in this city doesn't mean that much, in some sense, because there are so many places that support a local food infrastructure in Southwestern Wisconsin.  This town is filled with restaurants, chefs, and eaters who want to "nourish the links between land and table," as the motto of the REAP food group goes.

In Arkansas, where I grew up, however, such a food infrastructure is much less firmly rooted (pun intended).  Although the south has the longest growing season and some of the best soil in the country, it also has very few farmers who are growing food organically, as this 2009 map from the New York Times shows: 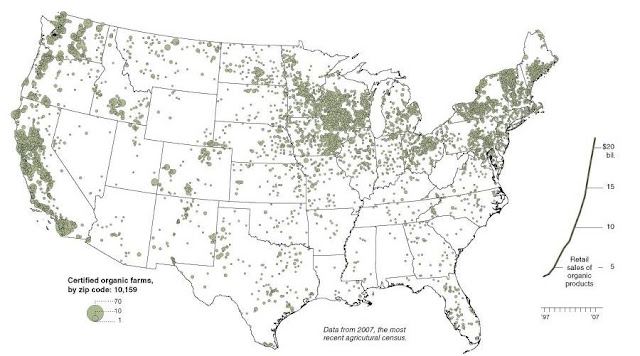 This puzzling mismatch of climate and presence of organic agriculture has a deep historical legacy, which I may get in to in a later post, but suffice it to say that there's still a lot to be done in the South to bring the attention of farmers and eaters (read: all people) to the issues of sustainable agriculture.

And I'm proud to say that one of my oldest family friends is heeding that call, and is getting that work started. For the past few years, my friend Jack has been working on building a support system to open a local food cafe in Little Rock--with courses and canning classes, media appearances and community dinners.  And now, after years of work and diligence, they have a physical space and the Root Cafe is set to open in Little Rock later this season! If you're in that area, do stop by and vote with your fork! And if you're elsewhere, follow their blog and be inspired by what's going on in one small corner of my (and Bill Clinton's) home state. 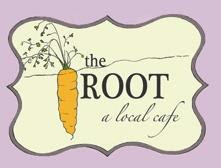 Thanks, Jack, for inspiring me. In large part because of you and your example, I've added "build a local food infrastructure in a place it didn't exist before" to my life list. Maybe someday we'll work on this together!
Local Business