March 22, 2015
I've just returned home from the always-fantastic American Society for Environmental History annual conference. This year, it was held in Washington, D. C., and I had the opportunity to present some of my research, from my book-in-progress. My title slide: 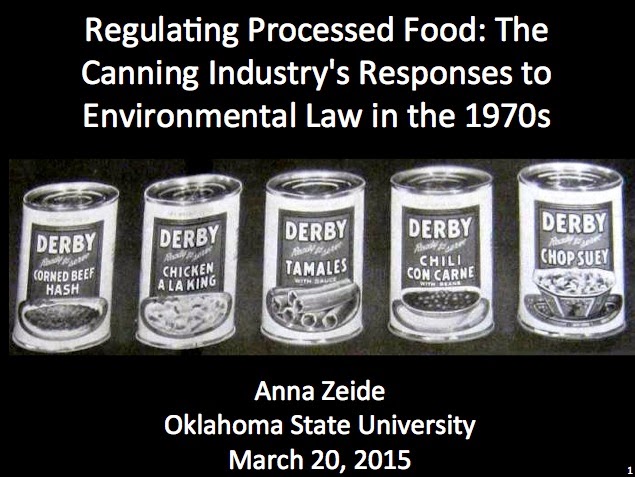 My session was devoted to environmental law in the 1970s, and the various papers came together really well, looking at environmental law from the perspectives of government, business, and citizens. It was a pleasure.

But I also had the chance to catch up with old friends, and to listen to a lot of fascinating papers, some from my favorite scholars, some from those who are up-and-coming. There were a lot of great food-themed papers and panels. Just a selection, including mine: