January 21, 2014
There's big news in the [agricultural] justice world, as Walmart signed on to the Fair Food Program, which protects laborers and human rights in the US produce industry. 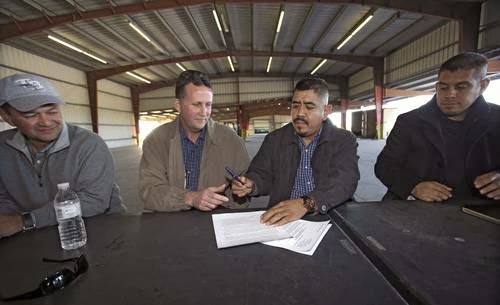 The Fair Food Program was initiated by the Coalition of Immokalee Workers. According to its website, CIW is a "worker-based human rights organization internationally recognized for its achievements in the fields of corporate social responsibility, community organizing, and sustainable food. The CIW is also a leader in the growing movement to end human trafficking due to its groundbreaking work to combat modern-day slavery and other labor abuses common in agriculture."

Several other retailers have reached agreements with the CIW in the past, but Walmart's participation is huge, given the retailer's enormous market power. There is significant hope that this move will help expand the Fair Food Program beyond Florida and beyond the tomatoes that have been the primary focus of the CIW so far.

Read more of the responses to this move from Michael Pollan and others, here.
Labor Solidarity